there’s a slot going on…. 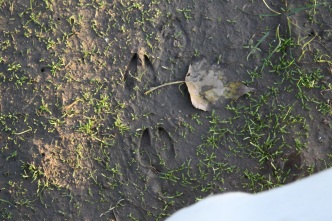 When we walk the dog/dogs at the weekend, it is evident that the place is teaming with wildlife.  We see some of it but mostly we are left with only signs of vast amount wildlife that is in the area. 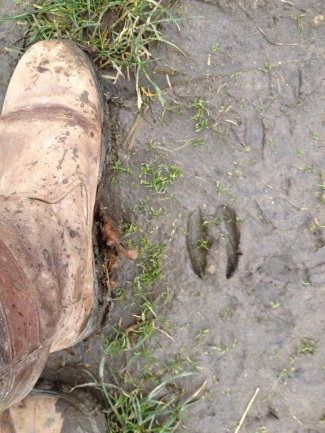 There are deer living in the trees, grazing on the crops and moving through the cover. Their footprints (or slots) can be seen everywhere, especially when the ground is soft. 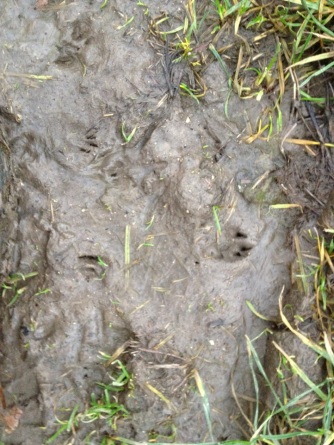 tiny slot and a mammal print

There are badgers, muntjac, hares, foxes, rabbits, predatory birds, herons, pigeons, pheasant, owls and partridges to name but a few. 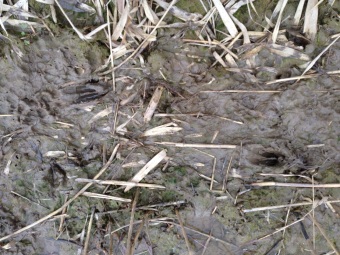 The deer are the ones that we look out for most as there is always a chance that you will see them.  We know some of their favoured spots and the regular routes that they take in their day. We see small groups, singles and larger family groups but lately they seem to have been even more shy than usual.  We know they are occasionally hunted in the area and that might affect their numbers slightly but they aren’t hunted a lot and should be quite comfortable in the area and certainly not small in numbers.

Deer are jumpy and shy at the best of times so they are never really relaxed for long. They are constantly looking out or moving on if they don’t like the look or smell of something. 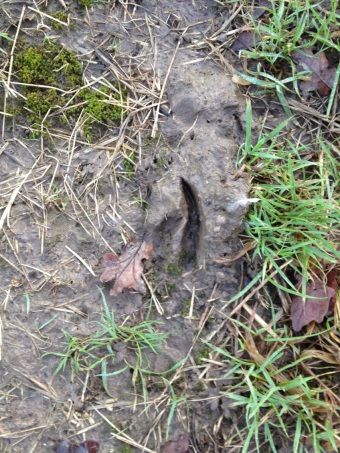 slots that show assymetric growth from an injury or something else

We recently found out from someone (who knows lots about this kind of stuff) that an injury to a deer when it is young or something else has interfered with it’s growth creates asymmetry in the antlers which can be seen in their hooves too. 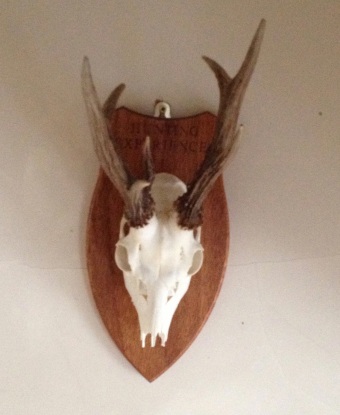 The lop sided nature of the antlers is one of the things that hunters prize. 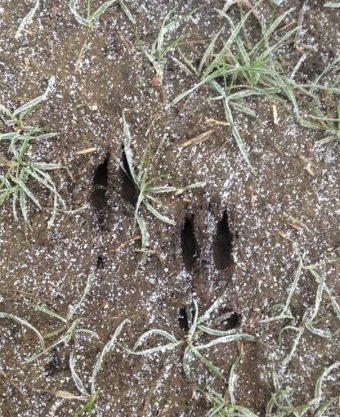 Deer look so serene when they are grazing or gently moving around their territory but they are spectacular when they running. They can move at great speed.

The photo of the slots above was taken this morning in the frost. The dips at the back of the hooves are the dew claws and although these tracks aren’t fresh (they are a few days old), the slots show that the deer were running when they were made. You don’t always see the dew claws as hopefully they are grazing or wandering about, rather than running from some perceived danger

We have a tracking book that shows all these kinds of interesting details that you miss most of the time and you could make it a lifetime’s work just studying the tracks and trails of any one species.

I find it fascinating and I love the fact that they have been out there before you in the silence of dawn or the depths of the night, quietly going about their business and sensibly getting out of the way when us humans appear making lots of noise!